We're coming towards the end of my second quarter on github sponsors. Thanks to everyone who gave money to a stranger on the internet so that they could type more fun things and less boring things.

Here is what I did:

I also switched my sponsors page to pay-what-you-want as soon as github brought it out of beta, with a suggested amount of $20. I suspect the overall impact on my income will be negative, but I find the idea of tiers and rewards kind of exhausting. I'm just gonna make stuff.

Here is what my sponsorship looks like over time: 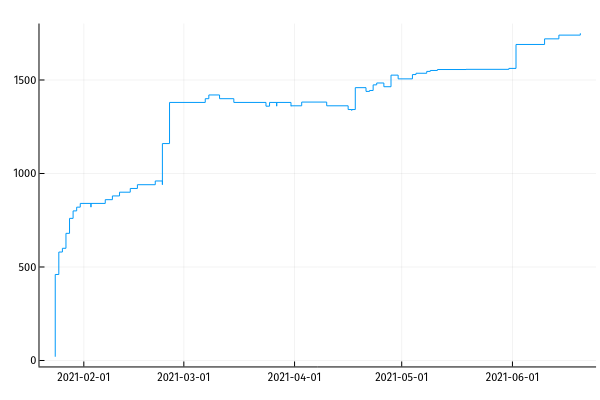 And the distribution of sponsorship amounts:

On the one hand, it's a tiny fraction of what I could earn in the industry. On the other hand, it's trending towards a full phd grant to pursue work that neither industry or academia has any interest in funding (there is no 'academic novelty' in better explanations or simpler implementations). That's worth something.